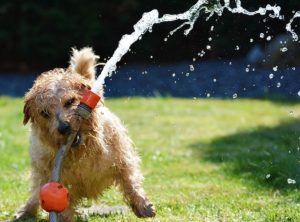 No one wants to see their dog turn into Old Yeller, right before the movie’s tragic ending. It’s even more traumatic to see your defenseless little puppy suffer. We’ll take a closer look at what to look for.

Rabies is a viral infection of the central nervous system that leads to neurological damage. It can cause inflammation and paralysis in the brain and eventually death. Wild animals transmit the disease through their saliva, either by biting your dog or licking an open wound or mucous membrane, like the eyes, nose, and mouth. Such wild animals include bats, foxes, skunks, coyotes, raccoons, and wolves.

What are the symptoms?

The first symptoms occur in the Prodromal phase, which lasts just a few days. They include:

Flu-like symptoms, including muscle pain, headache, fever, nausea, vomiting, and diarrhea
Subtle changes in behavior and temperament
Loss of appetite
Chewing at the site of the bite
Change in bark tone

The furious or Mad Dog phase lasts 2-4 days. Some dogs skip this and go right to the final stage. Here’s what you can expect:

The last phase, known as the Paralytical Phase, also lasts 2-4 days. Those symptoms include:

How is rabies diagnosed and treated?

After contact with a wild or potentially infected animal, visit your veterinarian. He will ask certain questions to assess your puppy’s risk; for example, where did the incident take place? What type of animal attacked your dog, and which animal provoked it? Has the other animal had his shots? Do you have access to the other animal to test him for rabies? If your dog’s been vaccinated, your vet will re vaccinate him and quarantine him for up to 90 days for observation. Protocol for an un-vaccinated dog is euthanasia (killing) and brain testing. Your only other option is to quarantine your puppy for six months with another vaccination one month prior to release.

How can you prevent rabies?

Have your puppy vaccinated for rabies at 13-16 weeks old, at one year, and three years after that.
Keep your puppy under your supervision whenever he’s outside. Do not let him run loose!
Never take in a wild animal as a pet.
Keep doors and windows closed so wild animals won’t enter your home.
If you see stray animals, report them to your local health department so no defenseless animals are at risk.
If your puppy shows signs of illness, visit your veterinarian.

Rabies can affect people, too, so always maintain your distance around wild animals. If you work in the wildlife industry, or as an animal control officer, you should get a vaccination, which is given in three shots, administered once a month. Unlike dogs, humans can survive rabies if given a vaccination within fourteen days of infection. 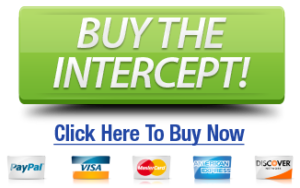